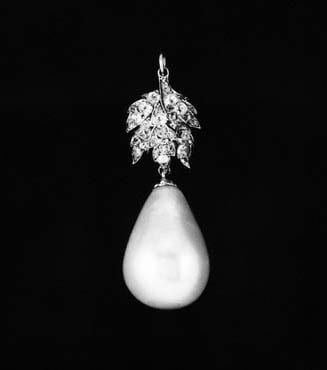 Chris Wilding, figlio di Elizabeth Taylor e membro della Elizabeth Taylor Trust ha commentato: “My mother always acknowledged that she was merely the temporary custodian of the incredible things she owned. Today, I think she would be happy to know that her collections will continue to enrich the lives of those who have acquired pieces. My family is proud that our mother‟s legacy as a celebrated actress, tireless AIDS activist, and accomplished businesswoman touched so many people‟s lives that they wanted to have a part of it for themselves. We could not have carried out her wishes this week without the outstanding help of Christie‟s. We are most grateful to the incredibly creative and capable team led by Marc Porter, Chairman of Christie‟s Americas, Heather Barnhart, Regional Managing Director, and Stephen Lash, Chairman Emeritus.”Steven P. Murphy, Chief Executive Officer, Christie’s International, ha commentato: “The exhibition and sales of The Collection of Elizabeth Taylor in New York have been the crowning achievement to a very strong year at Christie‟s. The success of these sales, with bidders participating from all over the world, demonstrated not only a recognition of the taste and style of Miss Taylor, but also the convening power of Christie‟s. I am very proud of our whole team, from all corners of our global operation. Their achievement was successfully bringing this event to fruition in a manner that paid homage to the panache and glamour of Elizabeth Taylor herself.”

The inaugural sale of The Collection of Elizabeth Taylor set the tone for a record-breaking week of sales by becoming – in a single night – the most valuable jewelry sale in auction history. 80 of the film star‟s most iconic jewels fetched nearly $116 million at the black-tie affair on December 13, followed by a full eight-hour day sale on December 14 that yielded $21.3 million more in sales. Numerous world auction records for jewelry were established, including a new record price for any pearl jewel, any emerald jewel, and any Indian jewel. New record per-carat prices were established for an emerald, a ruby, a yellow diamond, and for a colorless diamond. In addition, a record price was set for a pair of natural pearl ear pendants, and for any Van Cleef & Arpels jewel sold at auction.

The top lot of the sale – and of the Collection thus far – was the legendary 16th century pearl, La Peregrina, which realized $11,842,500 (£7,579,200/ €9,118,725), setting two world auction records: for an historic pearl (against the previous record of $2.5 million set by La Régente at Christie‟s Geneva, 2005) and for any pearl jewel (surpassing the $7 million paid for The Baroda Pearls at Christie‟s New York, 2007). A gift from Richard Burton in 1969 (having been bought for $37,000 at auction), this remarkable pearl of 203 grains in size is equivalent to 50 carats. Discovered in the 1500s in the Gulf of Panama, it was part of the crown jewels of Spain for generations and ranks as one of the most important historic pearls in the world.Other major highlights of the jewelry portion of the Collection included:

 The Emerald and Diamond Pendant Brooch, by BVLGARI, the 23.46 carat rectangular-cut Colombian emerald jewel that was a gift from Richard Burton to Elizabeth Taylor on the occasion of their engagement in 1962, sold for $6,578,500 (£4,210,240/€5,065,445) – setting both a new record price-per-carat for an emerald and a new record for any emerald jewel at auction.Of the historic sales, François Curiel, International Jewelry Director and President of Christie’s Asia, noted, “For many, there was both the desire to share in the stories behind Elizabeth Taylor‟s iconic jewels and to dream of perhaps acquiring one. For others, the sale provided the opportunity to purchase unique jewels, which brought Elizabeth Taylor such joy and reflect her remarkable taste and connoisseurship. I know she would be thrilled that her passion has inspired others through this landmark event. Being the auctioneer for this sale was one of the most memorable auctioneering events of my life.”

A fitting celebration of Hollywood‟s most glamorous star and her fearless sense of style, the two-day sale series devoted to the haute couture, fashion and accessories portion of The Collection of Elizabeth Taylor realized a combined total of $5,541,913 (£3,602,243/ €4,267,273). Comprising nearly 400 items in total, including many of Miss Taylor‟s most-photographed looks, the sales featured scores of museum-quality treasures. The Evening Sale on December 14 opened with the announcement that the Elizabeth Taylor Trust will donate Miss Taylor‟s sunflower yellow wedding dress  from her first marriage to Richard Burton to a major American institution.The top couture lot was a Christian Dior Evening Gown of Silver Encrusted Brocadewith matching Evening Bag, 1968, which Elizabeth Taylor wore to Guy de Rothschild and his wife‟s yearly ball at their country home, Chateau de Ferrières, in Brie, France. This ensemble realized $362,500 (£235,625/ €279,125). The accessories were led by the three lots of Louis Vuitton luggage which fetched $245,500 (£159,575/ €189,035) in total.Other major highlights of the Haute Couture and Fashion collection included:
 Andy Warhol (1928-1987), Liz, an offset lithograph in colors, 1964, signed with a dedication by the artist in felt-tip pen: „to Elizabeth with much love‟, which sold for $662,500 (£430,625/ €510,125). In recognition of her friendship with Warhol and this cherished gift, Miss Taylor proudly displayed this personalized work in the drawing room of her home in Bel Air.
 Miss Taylor’s Gina Fratini Wedding Dress, a flowing caftan-style dress worn for her second marriage to Richard Burton in Botswana in 1975, sold for $62,500 (£40,625/€48,125). Labeled „Gina Fratini‟, 1975, the dress has a patchwork silk bodice and floating pastel chiffon ombré sleeves and skirts, with long, beaded, feather trimmed streamers.
 A Versace Beaded Evening Jacket, ‘The Face’, circa 1992, realized $128,500 (£83,525/ €98,945). This jacket is beaded with rhinestone portraits of Elizabeth Taylor in her most famous roles, including Cleopatra. Miss Taylor wore this jacket when she spoke at „The Freddie Mercury Tribute Concert for AIDS Awareness‟, which featured a performance by the remaining members of the band „Queen‟, in 1992 at London’s Wembley Stadium.Patricia Frost, Christie’s Head of Fashion, noted, “We are delighted with the combined result of these auctions which confirms Elizabeth Taylor‟s status as Fashion Icon and Muse. Interest was truly international throughout the two days and four sessions, with private individuals, celebrities and fashion archives all competing fiercely online, in the room and on the telephones. From couture gowns and jackets to caftans and Miss Taylor‟s luggage – famously labeled „Mine!‟ – bidders paid tribute to Miss Taylor‟s sense of style. Christie‟s are very pleased that her wardrobe will continue to inspire further generations of fans, fashionistas and designers and it is wonderful that The Elizabeth Taylor Trust will generously donate her iconic Irene Sharaff Sunflower Yellow Silk Chiffon Wedding Dress to a major American institution.”

The live auction sales of The Collection of Elizabeth Taylor drew to an appropriately dramatic close on December 16 with heavy international competition for Fine and Decorative Arts & Film Memorabilia from the Collection which realized $4,441,188 (£2,842,360 /€3,419,715). Bidders from 20 different countries around the world competed for an array of fine and decorative items from Miss Taylor‟s personal collection, including a superb group of scholar‟s rocks and two works by Andy Warhol. Among the items of memorabilia chased by bidders were cherished gifts from Michael Jackson and Bob Dylan, and a pair of scripts bound in lilac leather that were gifts from Eddie Fisher („National Velvet‟).Top lots from the Fine and Decorative Arts & Memorabilia selection included:
 A Large Gray Scholar’s Rock, one of six scholar‟s rocks in Miss Taylor‟s personal collection, was pursued by multiple bidders on the phone and online to achieve $386,500 (£247,360/€297,605) – more than 30 times its pre-sale estimate of $8,000-12,000.
 Andy Warhol’s ‘Untitled’, the postcard-sized drawing of lips that Warhol addressed „to elizabeth a big kiss‟ that was a favorite of visitors to the New York exhibition of the complete Collection, was won by an American private bidder for $242,500 (£155,200/€186,725).
 Andy Warhol’s ‘Diamond Dust Candy Box,‟ a sparkling depiction of a opened box of chocolates coated with a sheen of diamond dust, achieved $236,500 (£151,360 / €182,105) or nearly $4,000 per chocolate.
 Elizabeth Taylor‟s script for the 1944 M.G.M. production of „National Velvet’, the first film to solidify her status as an international film star at the age of 12, fetched $170,500 (£109,120/€131,285), well beyond its pre-sale estimate of $2,000-3000.

The sales of The Collection of Elizabeth Taylor featured a Christie‟s first: an Online-Only sale that ran in parallel to the live auction series in New York. The two-week time-based auction was hugely successful, with over $9.5 million in total sales and bidders from 25 countries around the world competing for 973 additional items of fine and costume jewelry, designer fashion and accessories, decorative arts and memorabilia from Miss Taylor‟s personal collection. In total, more than 57,000 online bids were received, as collectors rapidly drove prices from the $50 starting point up into the thousands.
The top-selling item of the Online-Only sale was Hiro Yamagata’s Portrait of Elizabeth Taylor, an acrylic on canvas painted in 1991 that realized $108,000 (£69,120/€83,160), shattering the previous auction record of US $7,973 for the Japanese contemporary artist.

Michael O’Neal, Head of Digital Media, said: “We are thrilled with the results of our first Online-Only sale, which Christie‟s embraced as an innovative way to make this incredible Collection accessible to Elizabeth Taylor‟s legions of fans worldwide. As the international tour of the collection‟s highlights showed us, thousands of people the world over have been genuinely moved by the legacy of Elizabeth Taylor and were eager to be a part of last week‟s events and sales in New York. The online-only sales proved to be the perfect complement; not only did thousands of collectors and fans turn out to participate, they also shared their enthusiasm for the chase on our Twitter and Facebook pages, creating a true online phenomenon that mirrored the record-setting events taking place in our New York saleroom.”

After the New Year, the sales of The Collection of Elizabeth Taylor continue with two special presentations of Miss Taylor‟s fine art collection at Christie‟s New York and London salerooms. Educated from a young age to appreciate fine art, objects and furniture, Elizabeth Taylor shared her love of fine paintings and drawings with her father, the art dealer Francis Taylor. She added steadily to her collection throughout the years, gradually assembling an exceptional group of late 19th century and early 20th century French and British paintings and drawings, including a significant group of works inherited from her father.
One of these works, Frans Hals‟ Portrait of a Man, will be featured as the star lot of Christie‟s Old Master Paintings sale on January 25, 2012 at Christie‟s New York. A larger group of important Impressionist and Modern artworks, including a selection of paintings by Augustus John, will be offered at Christie‟s London – the heart of the European art market – in February 2012 as part of Christie‟s prestigious Evening and Day sales of Impressionist & Modern Art. 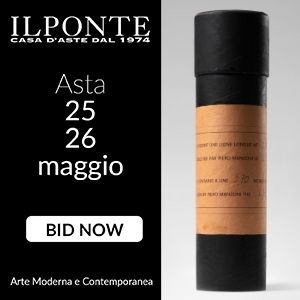 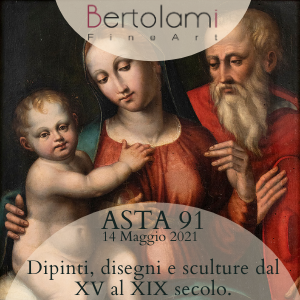