This autumn, the National Gallery presents the UK’s first major exhibition devoted to the portrait in Vienna –Facing the Modern: The Portrait in Vienna 1900.  Portraiture is closely identified with the distinctive flourishing of modern art in the Austrian capital during its famed fin-de-siècle: artists worked to the demands of patrons, and in Vienna modern artists were compelled to focus on the image of the individual.

Iconic portraits from this time – by Gustav Klimt, Egon Schiele, Richard Gerstl, Oskar Kokoschka and Arnold Schönberg are displayed alongside works by important yet less widely known artists such as Broncia Koller and Isidor Kaufmann. In contrast to their contemporaries working in Paris, Berlin and Munich, and in response to the demands of their local market, Viennese artists such as Klimt remained focused on the image of the individual. Portraits therefore dominate their production, enabling this exhibition to reconstruct the shifting identities of artists, patrons, families, friends, intellectual allies and society celebrities of this time and place.

Paintings from major collections on both sides of the Atlantic, including those that hardly ever leave the walls of the Belvedere in Vienna and MoMA in New York are shown next to rarely seen, yet remarkable images from smaller public and private collections.  Most works are on canvas, though visitors will also see drawings and the haunting death masks of Gustav Klimt (1918); Ludwig van Beethoven (1827), Egon Schiele (1918) and Gustav Mahler (1911), all on loan from the Wien Museum Karlsplatz.  A family photograph album belonging to Edmund de Waal, acclaimed author of The Hare with Amber Eyes (2010) will also be exhibited.  De Waal’s family were once a very wealthy European Jewish banking dynasty centered in Vienna; this photograph memoir has been described as an ‘enchanting history lesson’.

Highlight paintings include: The Family (Self Portrait) by Schiele (1918, Österreichische Galerie Belvedere, Vienna); Nude Self Portrait by Gerstl (1908, Leopold Museum, Vienna); Portrait of a Lady in Black by Gustav Klimt (about 1894, Private collection) and Portraits of Christoph and Isabella Reisser by Anton Romako (1884-5, Leopold Museum, Vienna).

Also on show is Gustav Klimt’s Portrait of Hermine Gallia  (1904, The National Gallery, London) the haunting image of a Jewish patron of art and design whose family would be driven from Vienna by anti-Semitism in the 1930s. It is the only painting by this seminal Viennese artist in the National Gallery’s collection. The exhibition also features a room devoted to the portrait as a declaration of love and commemoration of the dead while a final display looks at unfinished or abandoned works that failed to meet the expectations of artists or patrons.

Facing the Modern: The Portrait in Vienna 1900 explores an extraordinary period of the multi-national, multi-ethnic, multi-faith city of Vienna as imperial capital of the Austro-Hungarian Empire (1867–1918).  The exhibition looks back at middle-class Vienna in the early 19th century, the so-called Biedermeier period, as represented by artists like Frederich von Amerling and Ferdinand Georg Waldmüller, whose portraits were ‘rediscovered’ by the city’s modern artists in 1900. It then moves to the 1867 – 1918 period to consider images of children and families, of artists, and of men and women in their professional and marital roles.

The period began with liberal and democratic reform, urban and economic renewal, and religious and ethnic tolerance, but ended with the rise of conservative, nationalist and anti-Semitic mass movements. Such dramatic changes had a profound impact on the composition and confidence of Vienna’s middle classes, many of them immigrants with Jewish roots or connections. Portraits were the means by which this sector of society – the ‘New Viennese’ – declared its status and sense of belonging; portraits alsoincreasingly served to express their anxiety and alienation.

James Leigh-Pemberton, CEO of Credit Suisse in the UK said: “We are delighted to support the National Gallery’s first major exhibition dedicated to exploring the development of portraiture in Vienna at the turn of the twentieth century. This thought-provoking collection of portraits offers us a unique opportunity to explore multi-cultural society in Vienna during one of the most formative periods in European politics and history.” 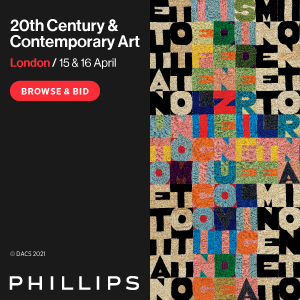 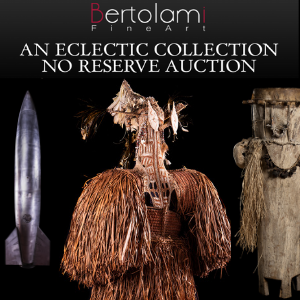