The Estorick Collection is hosting a display of dynamic collages by Pablo Echaurren (b. 1951), one of the most important artists working in Italy today. Against the backdrop of Pop Art, Arte Povera, minimalism and conceptual art, Echaurren developed a singular visual language during the early 1970s, drawing on myriad influences ranging from comic strips to the work of the great Japanese artist and printmaker, Hokusai (1760-1849).  At this stage he made small paintings in enamel and watercolour on cardboard, the multiple images resembling the sequential structure of a cartoon.  In the late 1980s he painted his first works on canvas, combining contemporary references, such as graffiti, with medieval imagery, and began to experiment with ceramics, drawing inspiration from pre-Columbian culture.  These influences were assimilated with the ease of an inhabitant of the global village, living in an age of swift communication.  Recently, Echaurren has explored his passion for contemporary music, dedicating a series of works to The Ramones and organising exhibitions concerned with the development of rock and roll and electric instruments.

Raised on the myth of Dada and Marcel Duchamp, Echaurren encountered the work of the Futurist leader F. T. Marinetti at a time when the movement was still awaiting widespread recognition.  He began to collect Futurist books, newspapers and manifestos, assembling what are now considered to be one of the most comprehensive collections of its kind and one which directly feeds into the collages on display at the Estorick Collection.  Dating from 1995 to 2012, these works are constructed from fragments of newspaper cuttings and pages from Futurist publications, juxtaposing elements from both high and popular culture, including figures from the historical avant-garde, cartoon characters and punk musicians. Reflecting the irreverent, iconoclastic face of this bibliophile, they pay homage to the vitality of the Modernist avant-garde, while simultaneously reimagining one of its most emblematic genres. 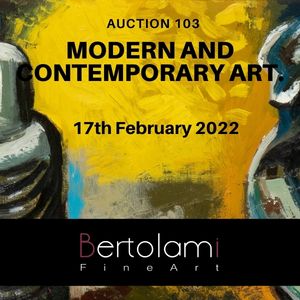