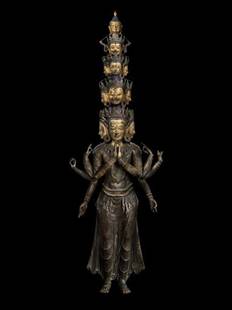 A spectacular Tibetan bronze, one of the highlights of the recent Bronze exhibition at the Royal Academy of Arts, London, is among the Asian works of art to be exhibited by Rossi & Rossi at TEFAF Maastricht at the Maastricht Exhibition and Congress Centre (MECC), from 15 to 24 March 2013.  Since they were last at TEFAF in 1995 Rossi & Rossi, specialists in classical Indian and Himalayan art, have expanded to become one of the leading dealers in contemporary Asian art and both aspects of their business – classical and contemporary – will be featured on their Stand no. 166. Rossi & Rossi specialise in Tibetan works of all periods and outstanding amongst those to be seen at TEFAF will be the stunning eleven-headed Avalokitèshvara, dating from c. 1400 AD.  Recently on loan to the highly-acclaimed Bronze exhibition at the Royal Academy, this extraordinary work has been in a European private collection for over forty years.  With silver and copper inlay, semi-precious stones and polychrome, the sculpture is the largest recorded early Tibetan bronze of the iconic form of the deity, and certainly one of the most aesthetically successful.  Despite the angry expressions with their bared silver teeth, the overall effect is one of calm and grace in this evocative image of Tibetan Buddhist culture.  This cosmic form of Avalokitèshvara, with eleven towering heads and a fan of arms, is strongly emblematic of Tibet although the iconography originated in India.  The Dalai Lama is believed to be the emanation of this bodhisattva who is the god evoked in the constant turning of prayer wheels and rosary beads with the Tibetan mantra Om Mani Padme Hum.  This important work was also loaned to the exhibition Himalayas: An Aesthetic Adventure at the Art Institute of Chicago and the Smithsonian Institution in Washington DC in 2003/4. (price in the region of €6 million)

Also included in the Himalayas exhibition was the powerful Tibetan figure of copper alloy with gilding and pigment depicting Mañjushrî Yamântaka, c. 1000 AD.  Yamântaka (Yama’s Destructor or Yama’s Enemy – Yama meaning Death) is a wrathful assistant and manifestation of the bodhisattva Mañjushrî.  This astonishingly energetic work is a triumphal manifestation of the god: Yamântaka’s five heads wear tiaras bearing the images of the five cosmic Buddhas while the upper one represents Mañjushrî.  Other fine Tibetan works include a striking 13th century red and gold painted book cover carved with stylised dragons, and a 14th century Mandala of Bhutadamara from Central Tibet, distemper on cloth, an excellent example of its type.

An 18th century gilded wood figure of Mahâkâla from China or Tibet was formerly in the Speed Art Museum, Louisville, Kentucky.  It still bears a label recording the gift to the Museum in 1971 by the Museum Collectors and was de-accessioned in 1996.  Nâtha Mahâkâla (Great Black Lord) is a Buddhist version of the Hindu god Shiva in his manifestation as Kâla Bhàirava (Black Terrible), from whom this Buddhist protector of the dharma or natural law has borrowed most of his attributes, including the coronet of skulls, the necklace made of freshly-severed human heads, the bowl fashioned from a human skull and the rosary of skulls.  Wearing a tiger skin and wielding a knife, the god is shown trampling the Hindu elephant-headed god Ganesha.  Such wooden statues are found in Tibetan-Buddhist monasteries as far north as Ladàk, but hardly ever have this quality of modelling and are particularly rare because of the fragile nature of the material.

A rare and lyrical 14th century Nepalese group of Indra and Indrânî depicts the king of Hindu gods, venerated in the Nepal Valley, accompanied by his consort, a mother goddess personifying the god’s energy and active power.  It is cast in copper by the lost-wax process and fire-gilded by Newar artists under the Malla Dynasty.  The heliotrope, or bloodstone, set in Indra’s single-crested crown is a symbol of courage and wisdom.

Rossi & Rossi will unveil at TEFAF a specially commissioned painting by Tibetan contemporary artist Tsherin Sherpa, whose first one-man show in London in 2012 was a sell-out.  Conqueror (Gangnam Style) depicts a luminously coloured figure set against a sumptuous gold leaf background performing the notorious dance move while wearing a mask of Vajrabhairava, a wrathful form of Mañjushrî. (figs. 7a & 7b)  Commenting on the work, Sherpa said:  “Vajrabhairava may seem like an odd pairing with an international pop culture sensation but we live in a disposable culture where anything long-lived is unusual.  In Korea, the song exposed an ordinary man’s attempt to integrate within the new materialism of his home.  ‘Gangnam Style’ is continually being transformed beyond this original meaning – as it spreads globally, individuals have been re-transmitting the song using the lexicon from their own culture.  The dance’s addictive beat and silly moves have allowed people the freedom to open up to discussions on otherwise serious subject matters while at the same time outwardly seeming to be light-hearted and fun.  Contemporary artists have embraced this medium to discuss freedom of expression with the help of Amnesty International.  In this Tibetan manifestation, the dance mirrors a new global consciousness originating from the desperation felt by self-immolating Tibetans.”

Born in 1968 in Kathmandu, Nepal, Sherpa began studying traditional Tibetan thangka painting at the age of twelve under the skilful guidance of his father, Master Urgen Dorje, a renowned thangka artist from Ngyalam, Tibet.  After years of intense training, Tsherin studied Mandarin and computer science in Taiwan before returning to Nepal to work with his father on numerous projects that included painting thangkas and monastery murals.  He left for the USA in 1998 and now lives in California where he has worked as a thangkaartist and as an instructor at several Buddhist centres.

Rossi & Rossi was founded in London in 1985 by Anna Maria Rossi who has been active in the field of Asian art for some 40 years.  In 1988 she was joined by her son Fabio who had studied at the School of Oriental and African Studies (SOAS).  Together, they have established a reputation as leading dealers in traditional Indian and Himalayan art, early Chinese and Central Asian textiles and works of art as well as contemporary Asian art, particularly Tibetan.  Their deep interest in both the art and culture of the past and the vibrant and innovative art being produced by Asian artists today is reflected in their international reputation for handling only the finest pieces.  Among their clients are such institutions as The Metropolitan Museum of Art, New York, The Cleveland Museum of Art, the Museum of Fine Arts, Houston, the Gallery of New South Wales in Sydney, the Ashmolean Museum in Oxford and the Tokyo National Museum as well as distinguished private collectors.  Contemporary collections include The Queensland Art Gallery and Gallery of Modern Art along with The White Rabbit Foundation in Australia, the Liverpool Museum, the Burger Collection Hong Kong and the Devi Foundation, India.

Rossi & Rossi have published a number of scholarly works and regularly stage specialist and ground-breaking exhibitions.  The gallery moved in 2007 to the current premises on the ground floor of an elegant 18th century townhouse in the centre of Mayfair enabling them to give greater prominence to contemporary Asian art while continuing to show the traditional Tibetan and Himalayan art for which they are renowned.  In 2013, Fabio Rossi will open a new space within an industrial building in the Wong Chuk Hang area of Hong Kong Island, where he will show both classical and contemporary works. 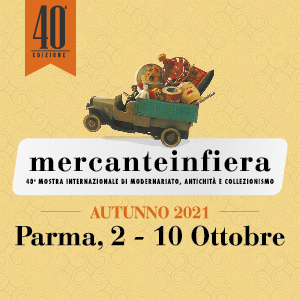 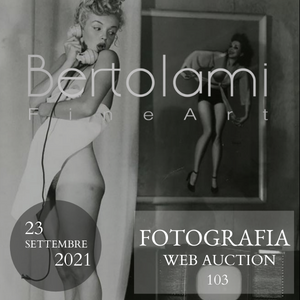 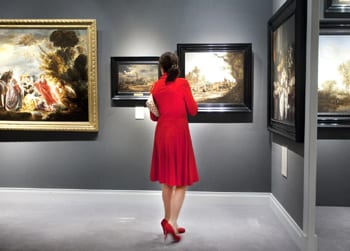 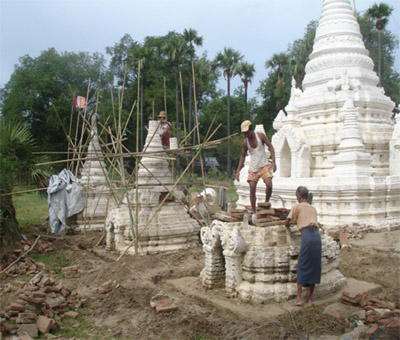 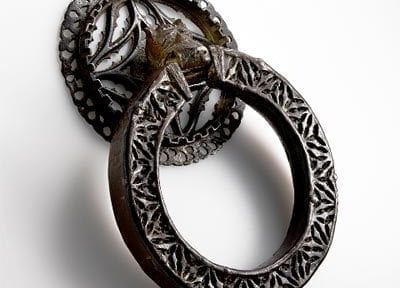 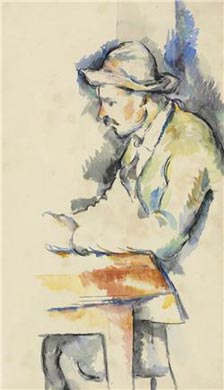 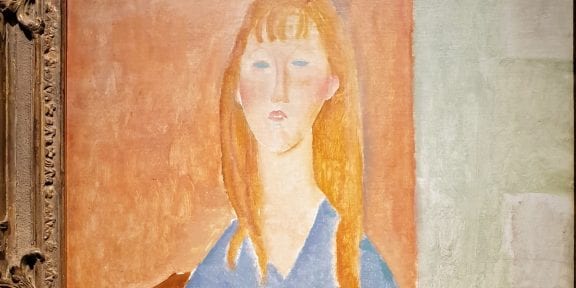 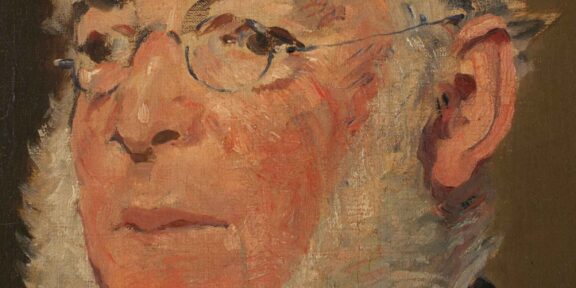