The museum mile of New York has been thrilled by Creative Mischief, the annual National Academy School show honoring its school  students and faculty in a 3- floor extravaganza of quasi biennale dimensions. After the announcement this past March, of the sale of its prime real estate  5th avenue  location aimed at garnering an endowment to secure the future of the institution – the National Academy Museum closes its door with a bang of unorthodoxy with 200 artists’ works in all media filling the school and adjacent Beaux-Art Style museum building in their entirety.

Founded in 1825  by artists Thomas Cole, Rembrandt Peale, Ithiel Town, Samuel F. B. Morse, and Asher B. Durand, among others  with the honorable mission to “promote the fine arts in America through instruction and exhibition”,  and with its continuing legacy of  inducting academicians, it seems only natural that after  74 years in its current location, the National Academy Museum would chose to close its doors with a reflector on the school.

After a history of  “national and academic” programming seemingly linguistically prescribed by the institution’s very name – it is only recently that the National Academy School has emerged as a hub of new energy with an acumen on global rather than national, and a contemporary rather than the academic approach it had come to personify and enshrine – as in a strange ironic twist on its very name – the academy appears to want to claim its spot on the contemporary art and art education scene and stand its ground amidst its renown neighboring institutions.

Creative Mischief 2016 makes the bold gesture of showcasing students and faculty side to side resulting in a cornucopia of  intergenerational artists.

The visitors are greeted by Nadia Martinez hanging jewel-like installation, Melting over you, consisting of gold plated pin connectors which she cast in resin and hangs from ceiling in an attempt to fossilize the discarded while  responding to the inherent beauty in abandoned materials by giving them “second lives.”

As you reach the end of the entranceway you run into an opulent spiral staircase inhabited by a giant meteorite like cocoon of tantalizing magnetism – slowly rotating in revolutionary motion – Kathy Cameron’s Temporal Existence, evokes notions of evolution and decay, its volcanic textured surface and shape also hinting at geological formations and generative organs, and inviting reflection on our transient nature while questioning the finality of mortality.

The piece activates the staircase which elegantly unfolds itself graciously transporting visitors to the second floor where we are greeted by the whimsical universe of Sara Tse – with a series of 4 panels titled  In A World of My Own, where fantastical animals of Lilliputian dimensions coexist with large human creatures in  fantastical graphite rendered fairy talish worlds populated by elaborately detailed architectural structures… These are animated via a downloadable app on your smart phones which sets the drawings in motion, furthering their surreal quality, and granting direct access into Ms. Tse’s fantasy world by activating a real time hallucination at the touch of a screen.

Following is an oval gallery at the end of which you find yourself in a wooden room where a figure covered in tar rests in Pompeian repose – covered with tar and centered on tricolor connected strips of upholstery fabrics, Micaela Kramer’s installation She Gravels, She Bewilders,  is striking in its ability to both elicit horror and fascination, while blurring the line between opulent interior and exterior – with its peculiar juxtaposition of upholstery fabrics and tar.

On the second floor you are in for a spin with On a Roll  and What Goes around Comes Around, as Mary Mattingly’s whimsical sculpture and wall panels take a girlish humorous  turn on old idioms.

In the Oval room at the top floor with curved walls and a amplified acoustics, a Trio of wearable sculptures bring to life an old Japanese folk tale involving the mating of foxes.  The white cotton anthropomorphic animal costumes are all that is left of Parade, Yuko Uchida’s live performance that viewers caught the night of the opening – and now  dominate the room on dress forms with Trinitarian authority. The Polyhanded deity like wearable sculptures, came to life the night of the opening, reviving the mythical tale by handing participating visitors a mask to gain access to their secret ritual.

Creative Mischief hosts for the forth time the multi-disciplinary artist Jacopo Degl’Innocenti aka JAPA. For this year, the curators have selected a work showing his playful ability to offer an endless tension between drama and play.

As we approach the room before last, Dennis Bourke does not shy away from political satire with Stomp the Candidate – taking the opportunity for commenting on the current political landscape and elections with a humorous interactive sculpture consisting of a reconstructed voting pole with a handle that allows viewers to stump a boot onto  a ken doll –toy version of Donald Trump, just weeks after the recent tombstone episode in Central Park by Brian A. Whiteley.

Heading out of the building Borinquen Gallo’s installation Deadly Poppy Field comes to mind. The work consisting of a cascade of plastic poppy flowers crafted out of red Chinatown shopping bags and caution tape, serves not only as a colorful ode warning against the dark side of consumerism, but also as a poignant reminder us of the incumbent closing of the museum – evoking the spell of the Iconic green faced witch from the Popular Oz movie which the title seems to directly reference: “And now my beauties…something to put them to sleep… but attractive to the eyes and soothing  to smell…Poppies!….Poppies will put them sleep …sleep my beauties sleeeep….”

As the visitor exits the show the spell is cast… temporarily putting to sleep the National academy museum which closes its last show and its doors  to lay dormant leaving us in wonder, awaiting its next awakening. 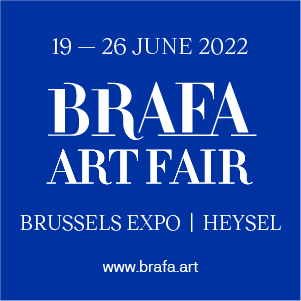