This autumn, the National Gallery presents a once-in-a-lifetime exhibition, Rembrandt: The Late Works – the first ever in-depth exploration of Rembrandt’s final years of painting.

Far from diminishing as he aged, his creativity gathered new energy in the closing years of his life. It is the art of these late years – soulful, honest and deeply moving – that indelibly defines our image of Rembrandt the man and the artist. This landmark exhibition, featuring unprecedented loans from around the world, is a unique opportunity to experience the passion, emotion and innovation of Rembrandt, the greatest master of the Dutch Golden Age.

Betsy Wieseman, Curator of Rembrandt: The Late Works, says, “Even three and a half centuries after his death, Rembrandt continues to astonish and amaze. His technical inventions, and his profound insight into human emotions, are as fresh and relevant today as they were in the seventeenth century.”

From the 1650s until his death, Rembrandt (1606-1669) consciously searched for a new style that was even more expressive and profound. He freely manipulated printing and painting techniques in order to give traditional subjects new and original interpretations. The exhibition will illuminate his versatile mastery by dividing paintings, drawings and prints thematically in order to examine the ideas that preoccupied him during these final years: self-scrutiny, experimental technique, the use of light, the observation of everyday life, inspiration from other artists and responses to artistic convention, as well as expressions of intimacy, contemplation, conflict and reconciliation.

Rembrandt: The Late Works will feature approximately 40 paintings, 20 drawings and 30 prints – each undisputedly by the master himself. Private and institutional lenders have proved exceptionally generous with outstanding loans from collections across the world. Key works include: The ‘Jewish Bride’ (Rijksmuseum, Amsterdam), An Old Woman Reading (The Buccleuch Collection, Scotland), A Man in Armour (Glasgow Museums: Art Gallery, Kelvingrove), A Young Woman Sleeping(British Museum, London), Juno (Hammer Museum, Los Angeles), Portrait of a Blond Man (National Gallery of Victoria, Melbourne), The Suicide of Lucretia (The Minneapolis Institute of Arts, Minnesota), Bathseba with King David’s Letter (Musée du Louvre, Paris), Titus at his Desk (Museum Boijmans van Beuningen, Rotterdam), A Portrait of a Lady with a Lap Dog (Art Gallery of Ontario, Toronto), Lucretia (National Gallery of Art, Washington DC) and the National Gallery’s own A Woman Bathing in a Stream and Portrait of Frederik Rihel on Horseback.

The exhibition will give visitors new insight into some of Rembrandt’s most iconic works such as, The Sampling Officials of the Amsterdam Drapers’ Guild (Rijksmuseum, Amsterdam) better known as The Syndics, revealing his brilliance in combining light and shadow, colour and texture to give a radical visual impact to a traditional portrait. Numerous examples of Rembrandt’s finest etchings will demonstrate his skilful development of printing techniques to achieve unique individual effects.

A highlight of the exhibition will be the juxtaposition of a number self portraits including Self Portrait as the Apostle Paul(Rijksmuseum, Amsterdam), Self Portrait with Two Circles (English Heritage, The Iveagh Bequest (Kenwood)), Self Portrait Wearing a Turban (Royal Picture Gallery Mauritshuis, The Hague), and Self Portrait at the Age of 63 (National Gallery). The latter two, painted in the final years of his life, show Rembrandt’s exceptional honesty in recording his own features as he aged.

In one of the most moving works in the exhibition, the so-called Jewish Bride (Rijksmuseum, Amsterdam), Rembrandt depicted a couple’s tender affection for each other with exquisite sensitivity. Upon viewing this painting for the first time in 1885, Vincent Van Gogh confessed to a friend that he would gladly give up ten years of his life to be able to sit in front of the painting for a fortnight with only a crust of dry bread to eat. He exclaimed in a letter to his brother Theo: ‘What an intimate, what an infinitely sympathetic painting’. It is this relentless, unfettered creativity of Rembrandt that influenced countless printmakers, painters and draughtsman in the generations that followed him, and which continues to inspire artists today.

Ben Van Beurden, Chief Executive Officer, Royal Dutch Shell plc, the exhibition sponsor said, “As a global company with strong Anglo-Dutch roots stretching back more than a century, Shell is proud to sponsor this stunning collection of art works from such a celebrated and pioneering Dutch master. This exhibition is a study in innovation, a reminder of what is possible when conventions are challenged and imagination set free.”

Rembrandt: The Late Works will screen in cinemas as part of the second season of EXHIBITION ON SCREEN. Filmed exclusively for the big screen in high definition the film will be released in the UK from 2 December and globally in around 40 countries from 17 February.

The above ticket prices include a voluntary donation to the National Gallery. Prices excluding voluntary donation are: Adult £16 Senior (60) £14 Job Seeker/Student/National Art Pass £8, Under 12’s – Free with a paying ticket holder 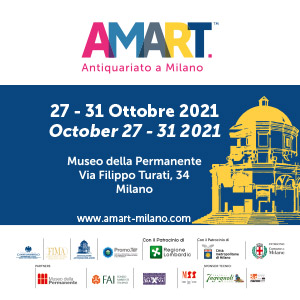