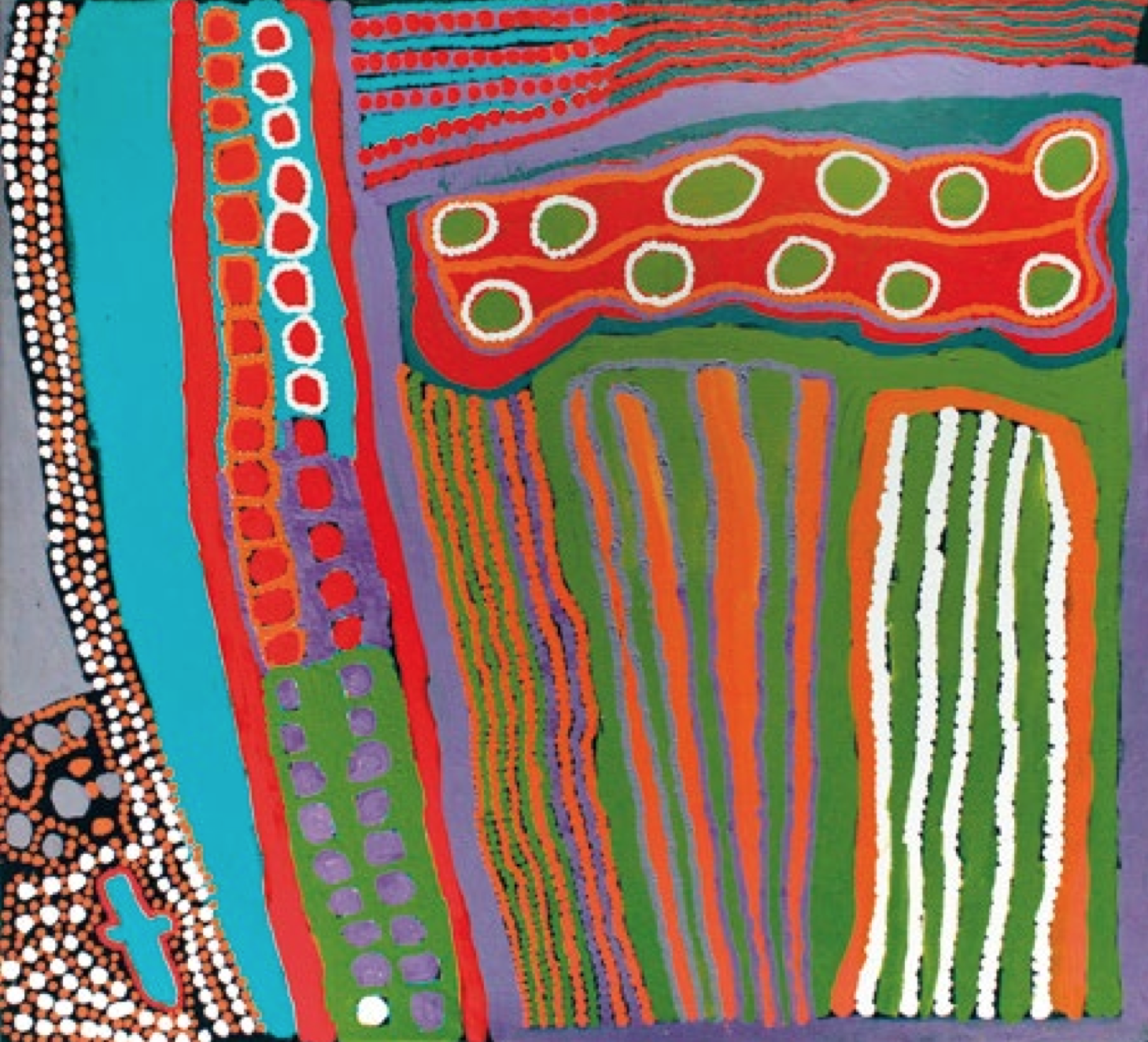 According to Aboriginal belief, all life as it is today – Human, Animal, Bird and Fish is part of one vast unchanging network of relationships which can be traced to the great spirit ancestors of the Dreamtime.  The Dreamtime continues as the “Dreaming” in the spiritual lives of aboriginal people today. The events of the ancient era of creation are enacted in ceremonies and danced in mime form. Song chant incessantly to the accompaniment of the didgeridoo or clap sticks relates the story of events of those early times and brings to the power of the dreaming to bear of life today.

When I was travelling in Australia, I often went to see the art galleries and I was amazed how different the world description is in the artworks of aboriginal Australian artists. I learned, however, that it is not so different from the mythologies of the world. It is more related to the sacred and metaphysical, if you want, way of expressing the experiences that they have had during the trance of “dreaming”.

Art is a very important part of our religious life, to maintain traditional representations and styles. It is still in the tradition to represent many of the desert Dreamings stories, and the sand paintings have been replaced by paintings on canvas and new styles like dot paintings and X rays styles are the most popular modern art styles based on traditional Dreamings and totemic representations.

Tracks, whether human or animal, are often shown as they appear on the ground. Lizards and snakes are frequently seen from a topographical view – as one would see them from above.

The Exposition “Earth Wind and Fire”, refers to the natural elements that are common in the harsh Australian environment, and often included in the subject of Aboriginal Australian Art.

Indeed, today art experts and private collectors across the world are becoming more and more excited by the unique cultural significance and contemporary appeal of Australian Aboriginal Art that has been described by re- owned art critic, the late Robert Hughes, as ‘the world’s last great art movement’.

Australian Aboriginal art may also lay claim to being the oldest living continuous culture, with paintings in rock shelters dating back 20,000 years. Much of this historic art relates to stories of the ‘Dreamtime’ – the Creation Period in Aboriginal belief, when important Ancestral Beings formed the land and created the people, plants and animals. These Ancestral Beings (often depicted in the art as human, animal, and plant) are said to have taught humans how to live.

And there is a certain vision on this poin as described by the artists. Coming from the aboriginal culture they explain that “Dreaming” is also often used to refer to an individual’s or group’s set of beliefs or spirituality. For instance, an indigenous Australian might say that he or she has Kangaroo Dreaming, or Shark Dreaming, or Honey Ant Dreaming, or any combination of Dreamings pertinent to their “country”. Many Indigenous Australians also refer to the Creation time as “The Dreaming”. The Dreamtime laid down the patterns of life for the Aboriginal people.

Thus you will see at the exposition a Dreaming caterpillar, and recognize what meaning does the description of this spiritual experience imply.

A brief synopsis of Aboriginal art it is broadly based on the secrets of survival of a 50,000 year- old culture. The art reveals previously ‘taboo details’ of the beliefs of Indigenous Australians or “Dreamings” centred around natural flora and fauna, the land, sea, the cosmos and much else relating to the dramatic, harsh environment of remote, interior Australia. These “secrets”, only understood by Aboriginal people and belong (almost like intellectual property) to special custodians, tribal elders and important lawmen and women throughout aboriginal communities across the continent.

Australia’s Indigenous people are happy the wider world has become aware of their art and culture. With the inherent beauty and depth of this art, today, the movement has achieved world acclaim.

Currently the Museo delle Culture, Lugano is showing the important collection of 150 works of Contemporary Aboriginal Art collected by Beat and Andreas Knoblauch.

The Musee de Quai Branly, Museum for Oceanic Art, recently held a groundbreaking survey exhibition of early Papunya Boards, painted by the men living in and around Papunya about forty years ago. With the help and encouragement of teacher Geoffrey Bardon, the Papunya group made the first paintings on canvas. These original works, some over two metres square,

showed Aboriginal iconography with exquisite lines and a masterly touch, depicting landscape and stories from past millennia.

In 2013, the Royal Academy of Art in London staged the AUSTRALIA exhibition. The exhibition theme was based on two hundred years of Australian Landscape painting, a theme that proved too vast to be successful in the lofty interconnecting rooms of the Academy.

Due to the growing interest to the Contemporary Australian Indigenous art, in different countries of the world there are cultural events helping to discover the fifth continent and its art.

For example, there is a Museum in Utrecht, the Netherlands AAMU devoted entirely to Aboriginal art with its magnificent collection and active education program. And the famous British Museum will stage a major exhibition in 2015 including pieces from their permanent collection.

Meanwhile if you are in Milan, I would recommend you to visit a cosy Gallery Gracis that is hosting the exposition of Australian art “Earth Wind and Fire” till the date of my birthday, which is 14th of December. However, I was told that the exposition time might be extended due to the success of the exhibition. 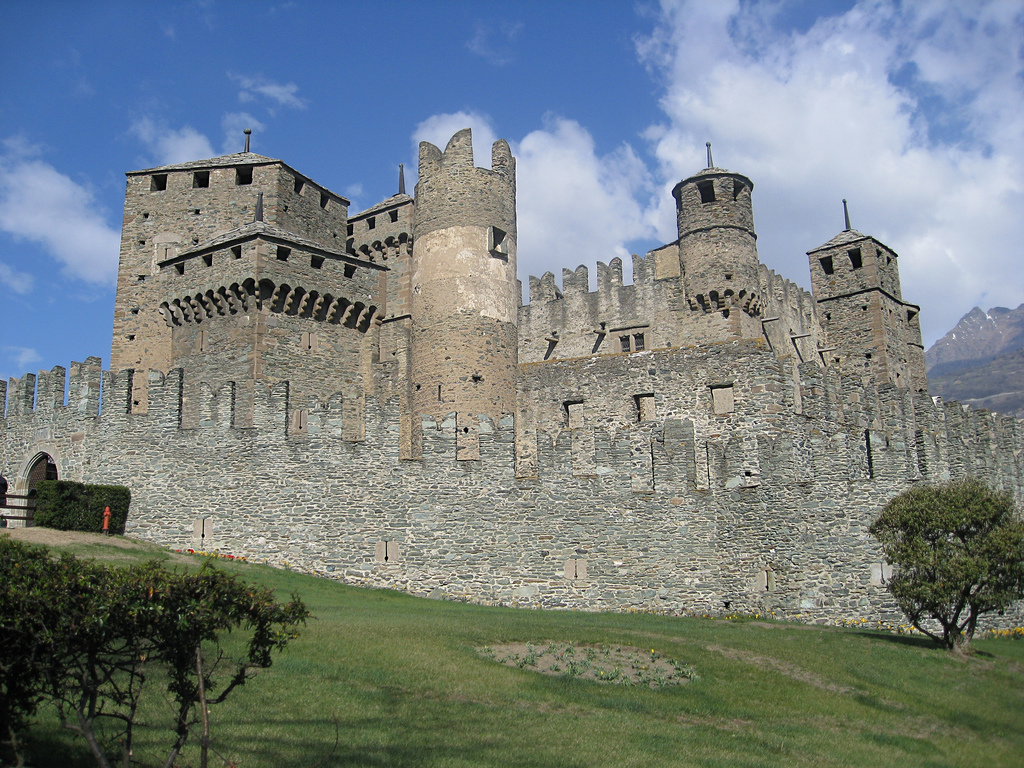 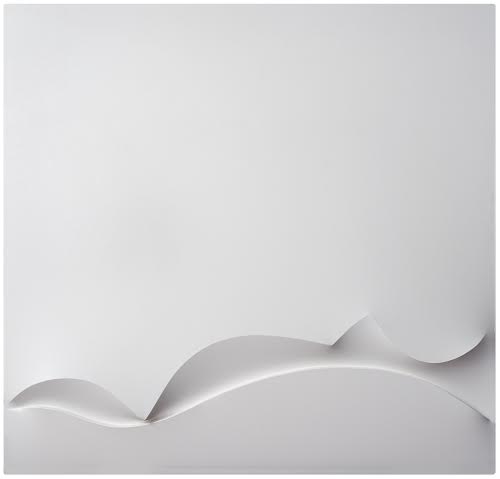 Dune. Giuseppe Amadio si fa in due a Milano 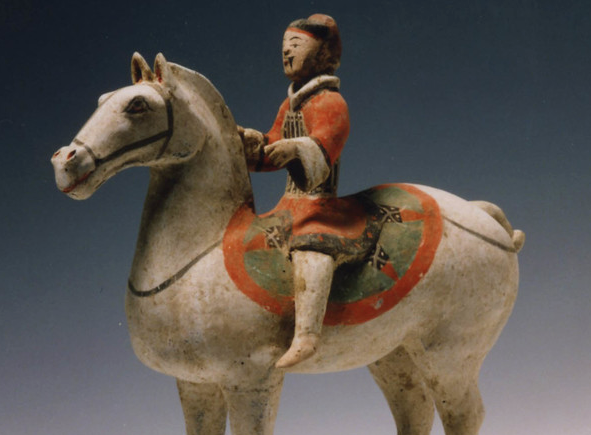 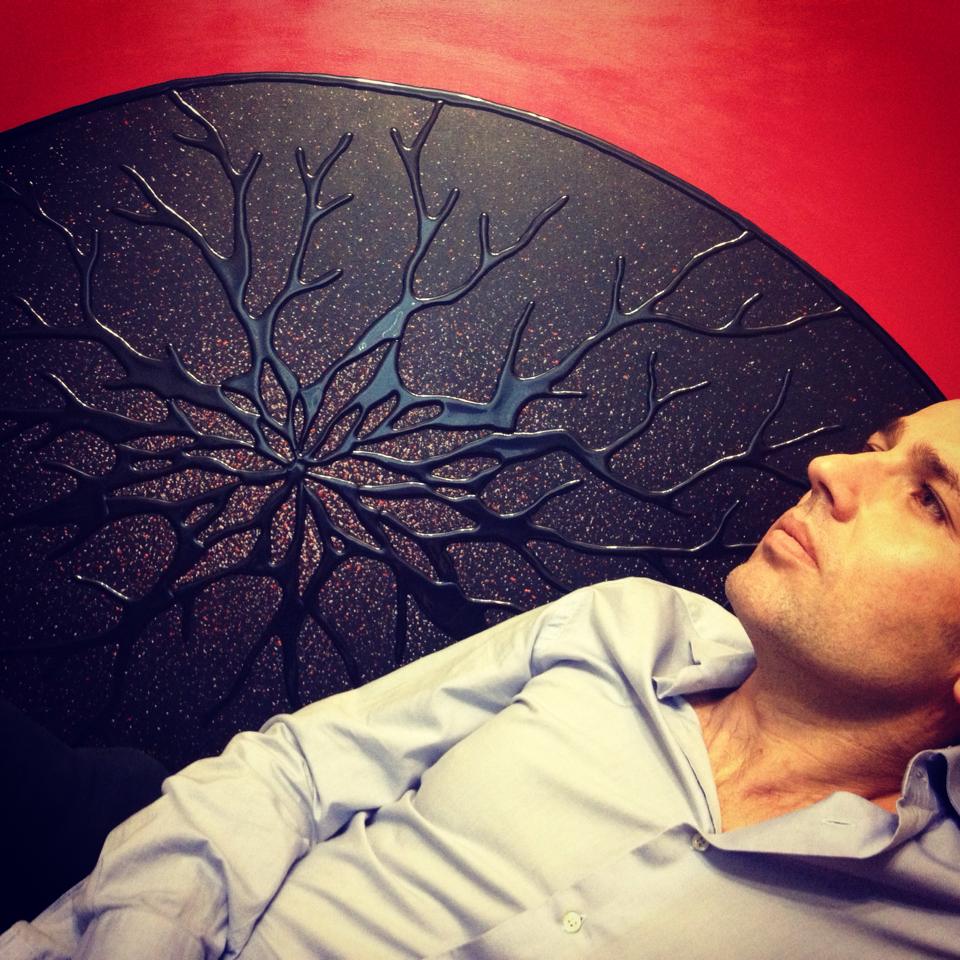 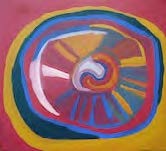